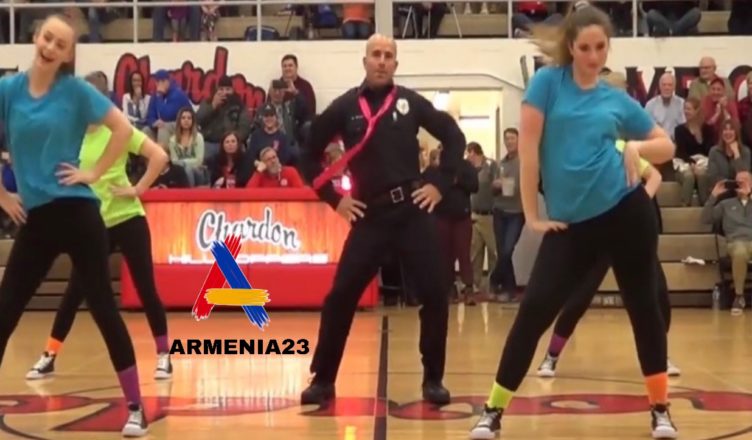 For the most part, high school was a mixed feelings — there were good times and unpleasant times.

Even Nevertheless, most people can agree that pep rallies and student dance routines always generate a lot of laughter! 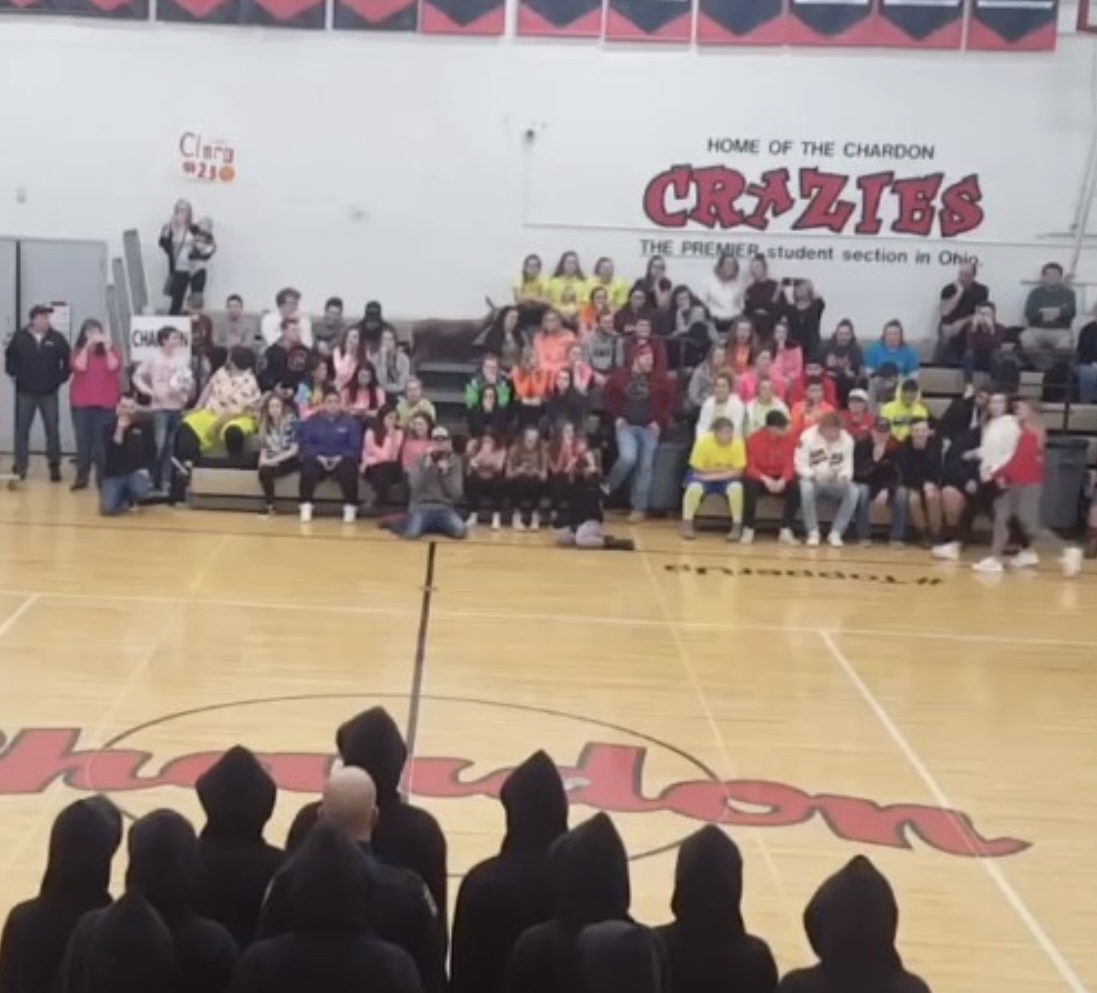 It wasn’t because the set was flawlessly choreographed or the show was precisely timed. It was frequently the polar opposite of such things!

The folks performing added to the comedy. A Chardon High School student club performed a delightful dance that has gone viral on the internet.

The students at Chardon High School in Chardon, Ohio, decided to post a rally routine that they had planned.

In the video, a group of black-clad students stomp their way to the basketball court’s center. We can tell these girls have been practicing for a long time by their clean hand movements! 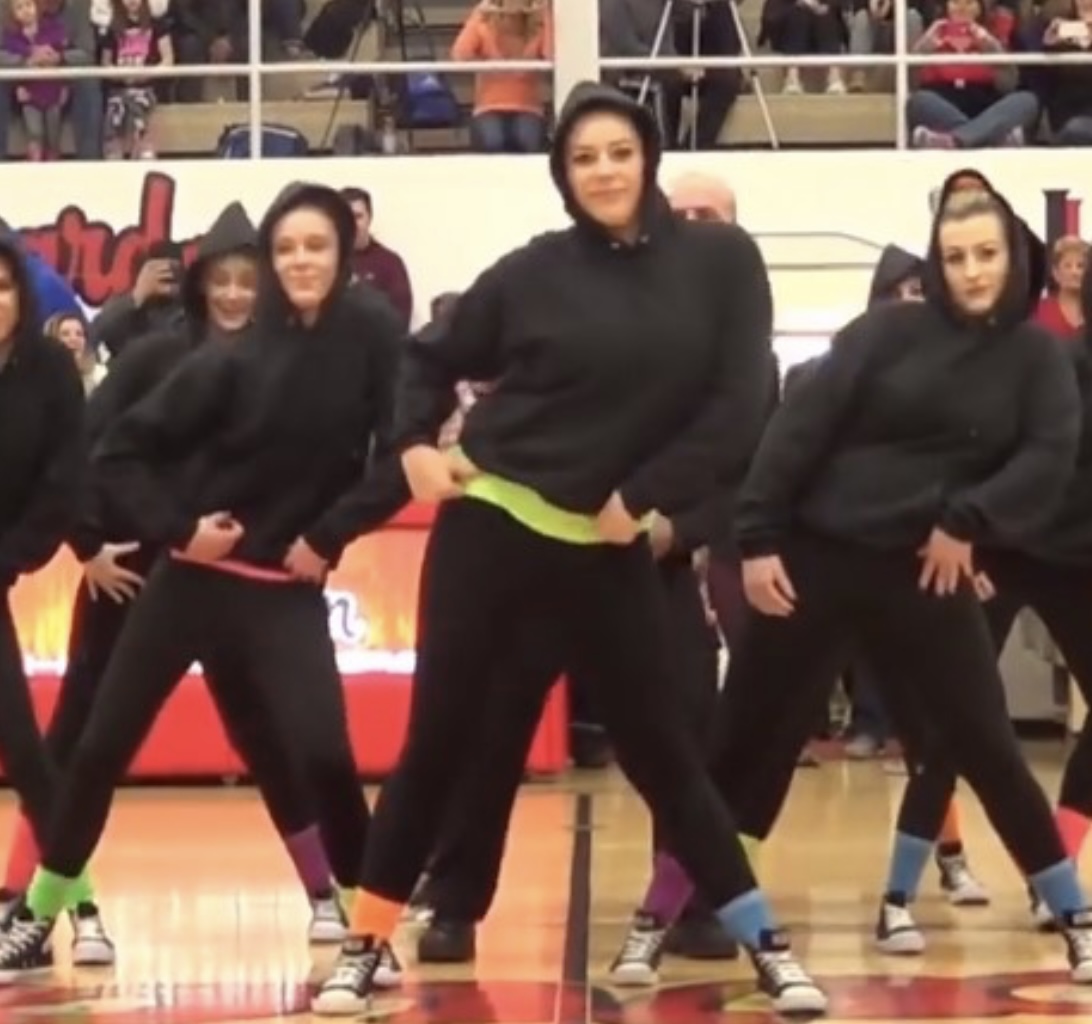 They make their way to the center of the court, counting down, but something unusual is happening in the middle?

We can spot a fully-dressed police officer dancing with the girls in the middle of the outfit if we look closely!

The girls quickly move on to the next part of their act, leaving little time to consider the dancing police officer. 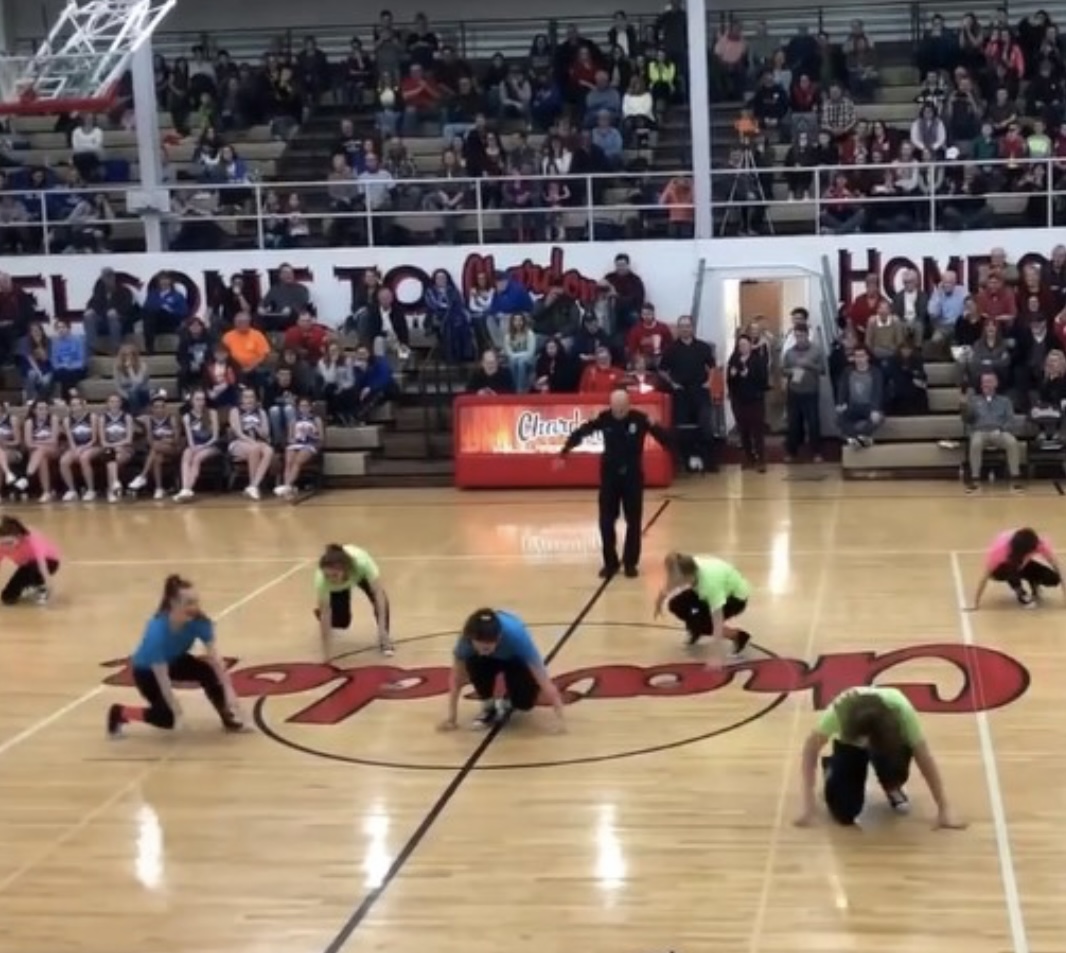 They remove their black hoods and reveal their neon-themed outfit below. They transition to the next section of the dance with a jump.

The officer, however, moves forward and takes center stage as the music begins!

The officer wears a fluorescent pink tie around his neck and takes the lead in front of the students.

He leads the next section of the dance, clearly the focus of attention, by spinning his hands in the air. The song then breaks down, and ‘Sound of da Police’ begins to play! 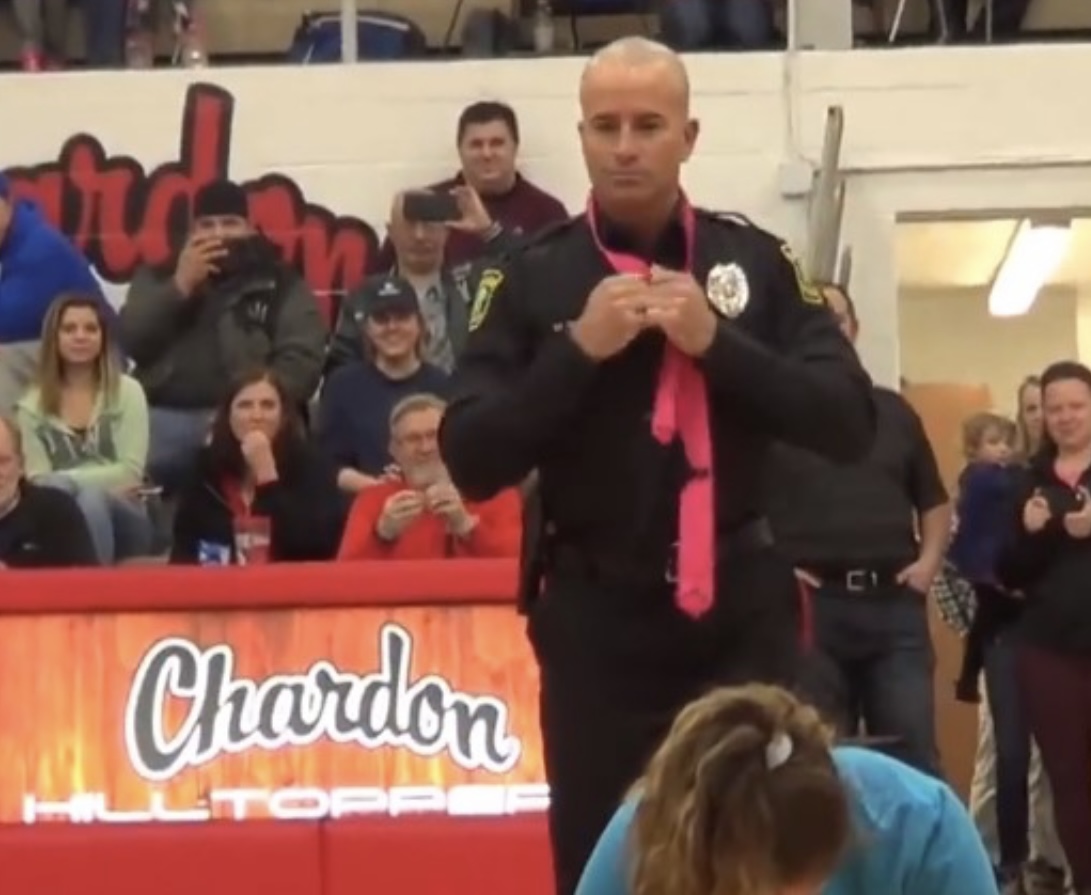 Suddenly, the gang breaks into a new set of dancing routines, led by the pink-clad police officer sporting a pink tie.

The officer does some moves to Sugarhill Gang’s ‘Apache’ in what may be the greatest portion, so there’s a lot of hip action and pony riding!

The trio performs a series of speedy songs in rapid succession, each with their own unique take on the remixes. 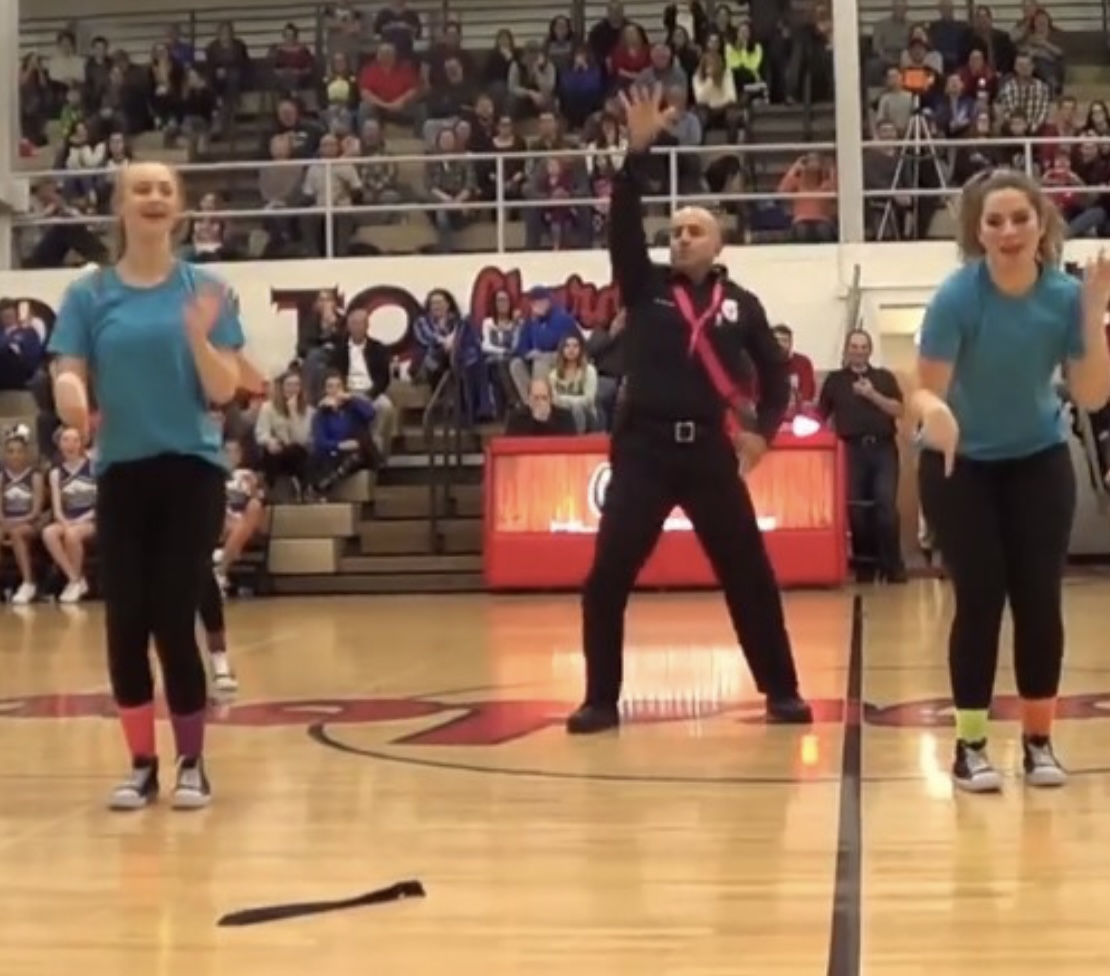 They play ‘Footloose’ as a last move, and the police officer slides across the floor!

As the song ‘Footloose’ closes, all of the females catch the officer in their arms and ‘toss’ him ahead, truly living in the spirit of the song. 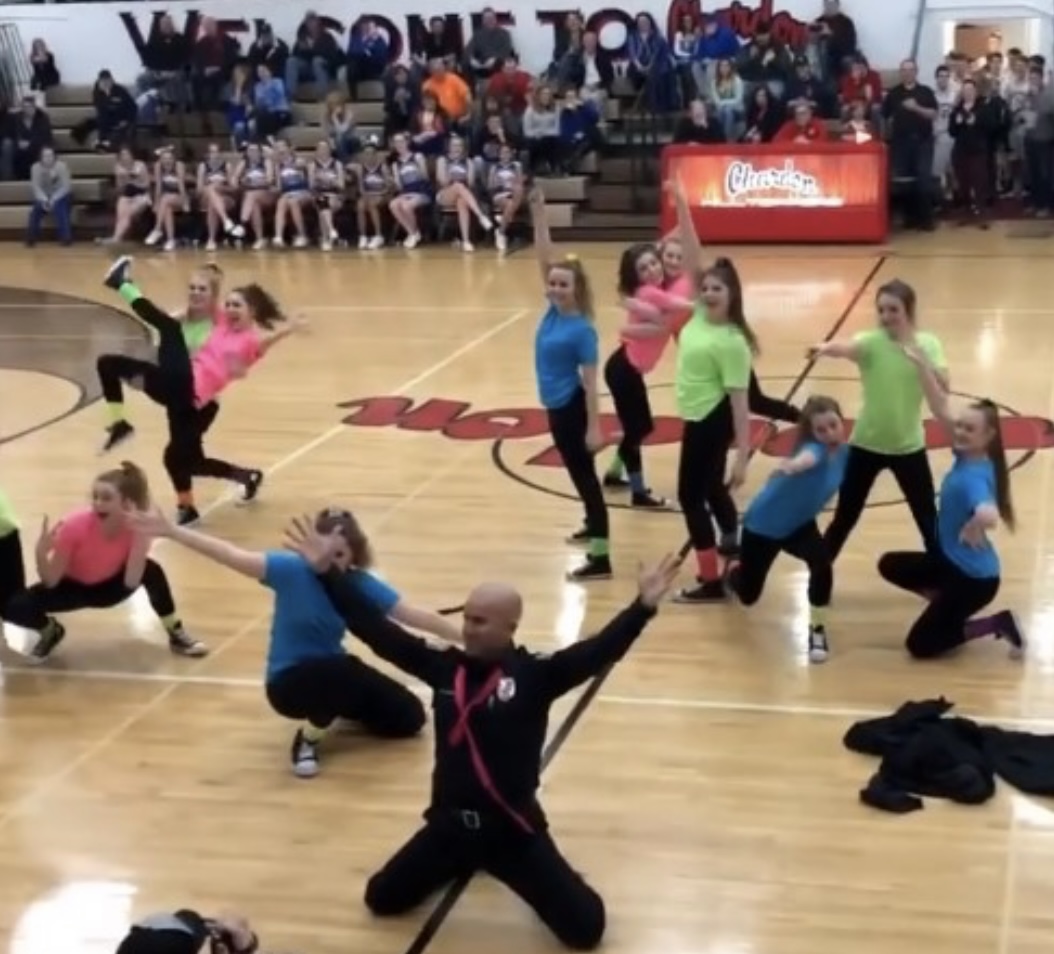 After finishing his performance, the officer slides across the floor on his knees, hands raised! As you could expect, the entire school burst into applause!