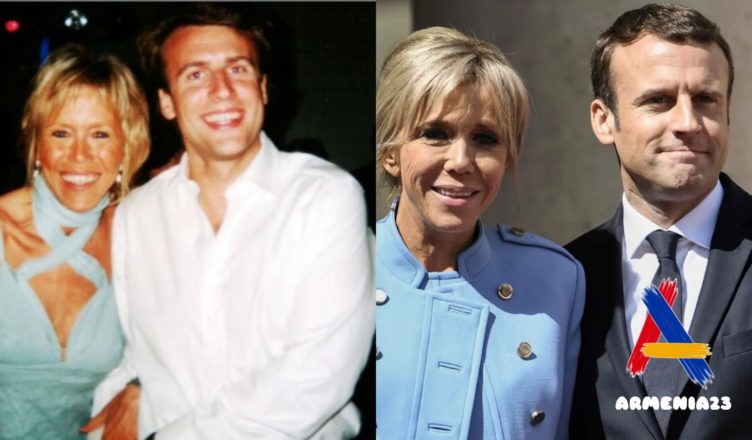 Macron entered politics from business, worked as a banker for the Rothschilds, and his wife, Bridget, came from a wealthy bourgeois family.

Nevertheless, Macron became a loyal aide to Socialist President Francois Hollande and the Minister of Economy in his Socialist government.

However, he did not go to the socialist primaries; he founded his ‘En Marche!’ Movement. Macron and Bridget were married in 2007. But they fell in love more than 20 years ago. 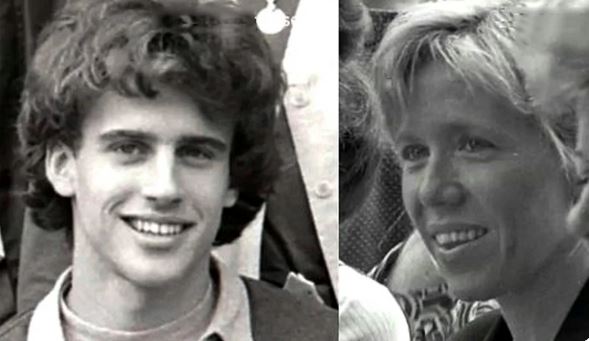 Macron met Bridget while studying at La Providence College in Amiens. The doctor’s parents sent their son to the best private school in town.

Bridget had the surname Ozier at the time.She was married, the mother of three children, taught French literature, and ran the school theater, where a handsome boy with long, prominent hair played.

French television recently showed footage from 1993 showing Macron in a scarecrow costume in a play by Jean Tardio. The audience applauds, director Bridget takes the stage and stands next to her favorite actor. 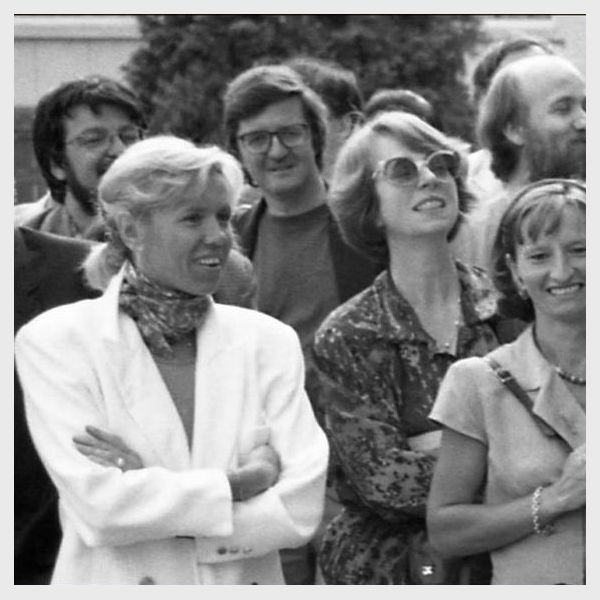 Macron became Bridget’s favorite student. His classmates remember that she praised each of his essays, and even read some passages aloud, as an example to others.

Macron was writing poems. In France, even boys write without fear, because writing poetry is included in the school curriculum.

Macron did not do it as a duty, but with pleasure, and the literature teacher promised him the fate of a writer.

‘When we finished the play, we decided to stage it together. We talked about everything. ‘Writing a play was just an excuse,’ he said.

Macron was also a good pianist. He studied at the Amyen Conservatory for 10 years, receiving awards in music competitions. He also played football and was a boxing fan. ‘I felt like I was dealing with Mozart,’ Bridget recalls. 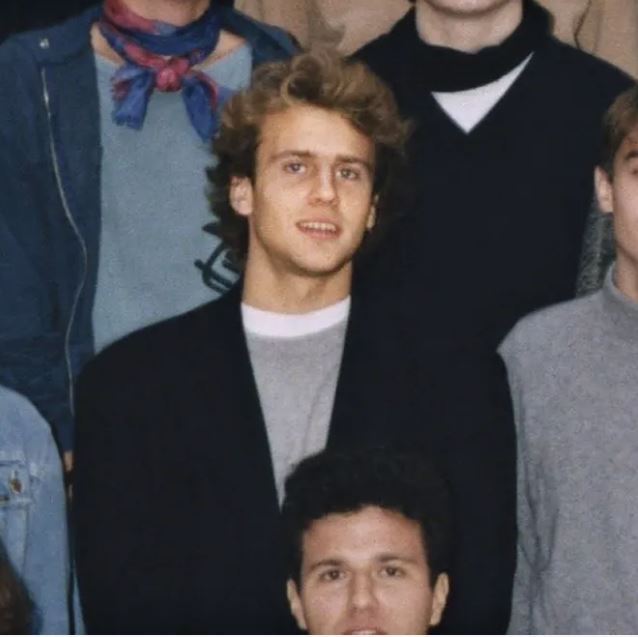 A year later, Emanuel’s parents learned of the scandalous affair from a family friend, who was convinced that their son was dating another girl. The young man’s father, Jean Michel, heard the news and almost fell from his chair.

The mother was much more restrained, but she was unwavering. ‘You already had your own life, didn’t you?’ You will not even be able to give her children,’ Bridget told her mother.

Burning with shame, the frustrated parents demanded that the lovers at least wait for Emanuel’s 18th birthday. ‘I can not promise you anything,’ Bridget confessed frankly.

It is funny that his beloved grandmother Manet, who also taught in high school at the time, unexpectedly took the side of the couple.

But that was not enough. Emanuel’s parents decided to send their son from Amiens to the graduating class of the Henry IV Seminary in Paris. It was not easy to get there, but the grandmother from Paris helped.

Her name was Germena, she was the retired principal of the school, she knew very well that what happened to her grandson was not unheard of in the field of education.

Jean-Michel and François never admitted that Emanuel was sent to Paris because of his love, claiming that they only thought about education. And yet, the young man and his beloved could not get rid of that thought!

Leaving, Emanuel promised Bridget: ‘Whatever you do, I will marry you.’ It is not known whether Bridget took the promise seriously, but in any case she divorced her banker husband, Andre-Louis Ozier, and returned her maiden name, Tronier.

Her parents owned pastry shops, they were famous for their almond cakes, pasta cakes, and those with a sharp sense of humor joked, ‘Pasta’ — ‘Macro’. 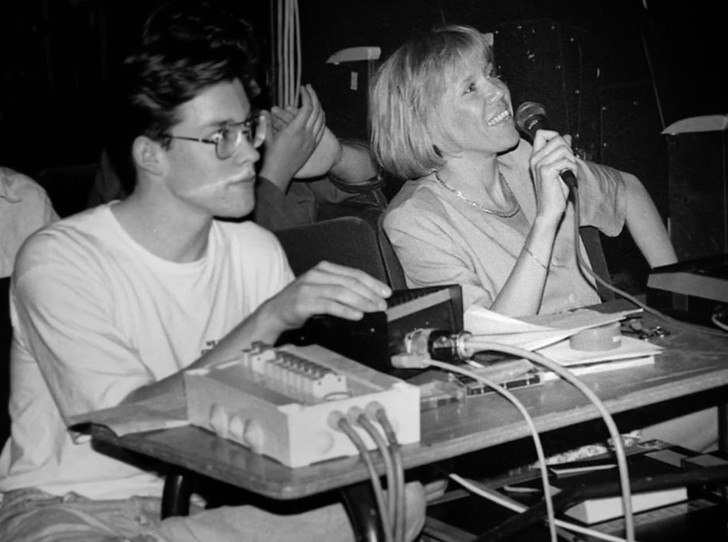 A year later, Bridget began visiting Macron regularly under various pretexts. Emanuel turned 18 years old. The affair with Bridget ceased to be a barrier for him, the young man was really happy.

Bridget was mistreated in her native Amyen. Many old friends turned their backs on Mrs. Ozier. It was not easy for Emanuel’s parents either. Respected doctors had become the subject of laughter, and from now on they were treated as if they had the plague.

The last person to hear of Bridget’s betrayal was her husband, Andre Louie. Andre Lou did not forgive the betrayal. They divorced in 2006. The boy fulfilled his promise. They were married in 2007. 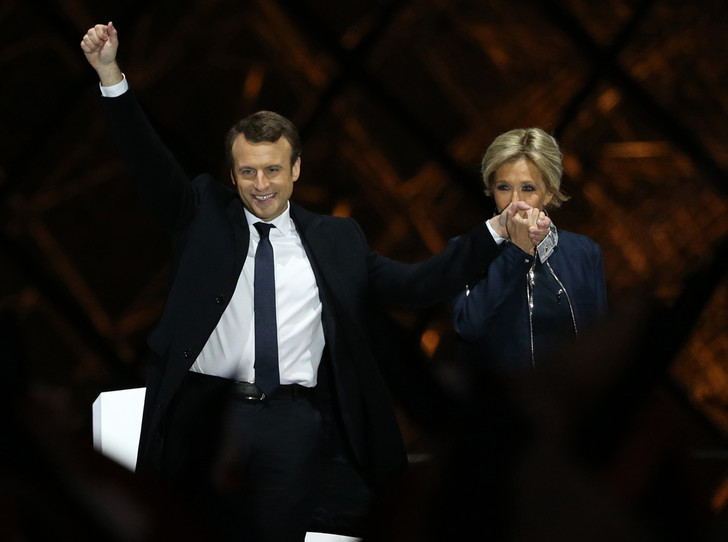 In 1998, Macron graduated from the Sciences Po Institute and joined the ENA, which trains senior civil servants. Funny fact.

Macron has not completed the 10 years that ENA graduates are required to provide to the French administration.

Until 2012, Macron lived the life of a prosperous banker, a socialist capitalist. He became close to the left and was invited to return to public service after their victory in the elections.

After ENA, he worked for 4 years in the General Inspectorate of Finance under the Ministry of Finance.

Macron became an economic adviser to President Francois Hollande, nicknamed ‘Mozart of the Elysee Palace’ for his beauty, cheerfulness and courtesy. Mozart again ․․․

When the Minister of Economy, Socialist Arno Montebour went against the Prime Minister and the President in 2014, 37-year-old Macron was appointed in his place. He became one of the youngest ministers in the history of the French Republic.

In June 2015, the couple appeared together for the first time during a reception in honor of the King of Spain. The couple’s photos were in all the magazines and blogs.

Macron headed the ministry, defending the law on economic development he had developed in the parliament.

The woman worked with him on a voluntary basis. For that, he left the school where he taught. ‘Otherwise we would not have been seen at all.’

The couple’s close friends say that the age difference between Bibi and Manu (this is how Bridget and Emanuel are called by their relatives) is noticeable only at the first moment.

And then ‘you appear in front of people with the same temperament, the same sense of humor, who really love each other.’ 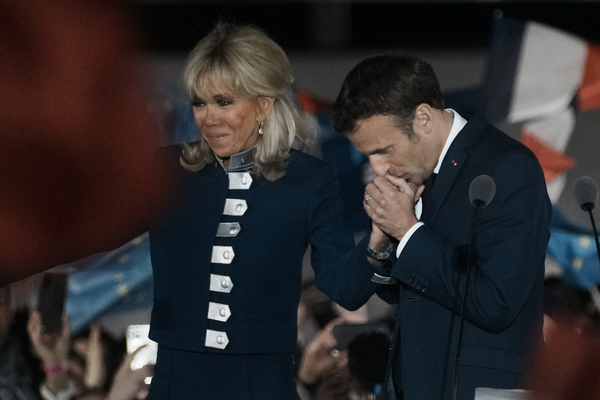