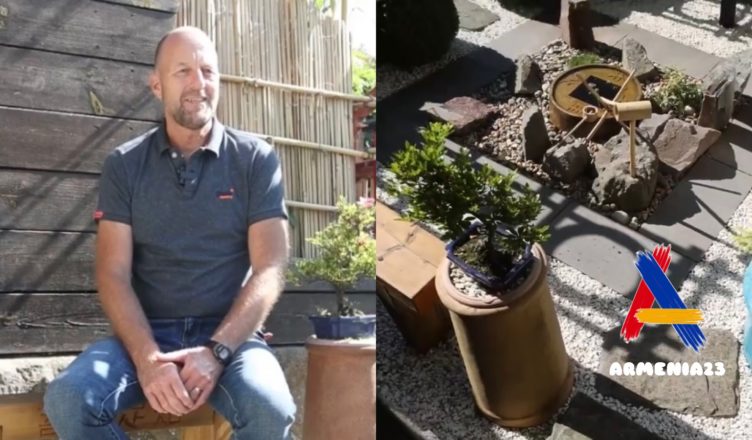 A man has spent 13 years transforming a barren backyard at his terraced city home into an incredible Japanese garden.

Martin Fitton, 54, fell in love with Japanese gardens after first visiting one on holiday in Dorset back in 2009 and immediately set about creating his own at home. 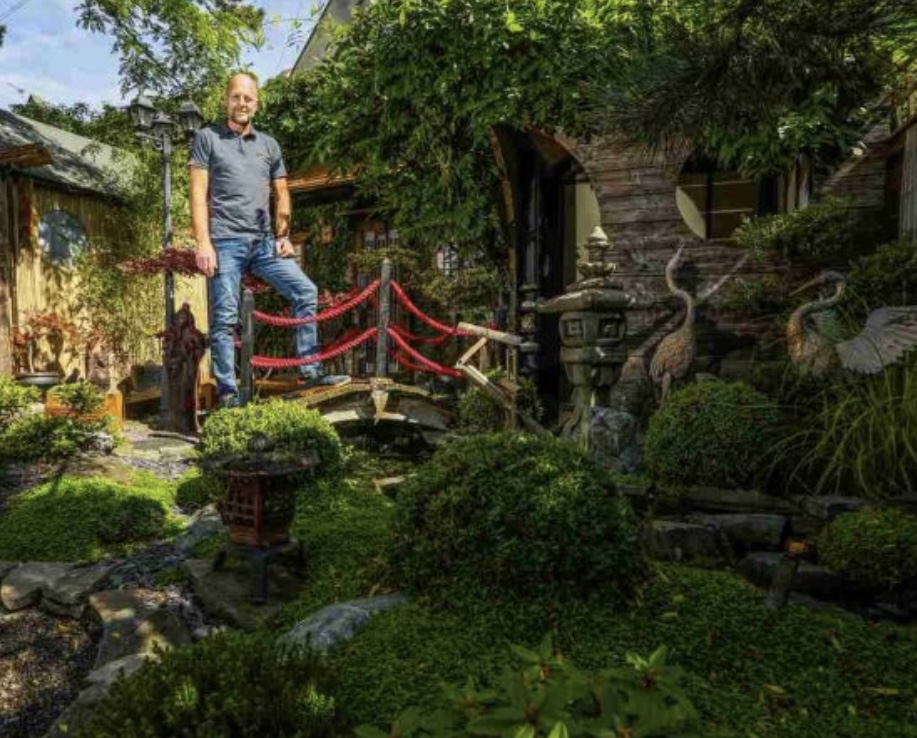 Over the past 13 years, he’s tirelessly renovated his garden by himself and now has an oasis which looks like it’s been plucked straight from some distant village on Honshu, complete with his own traditional teahouse, koi pond, little bridge, concrete lanterns, and pagodas. 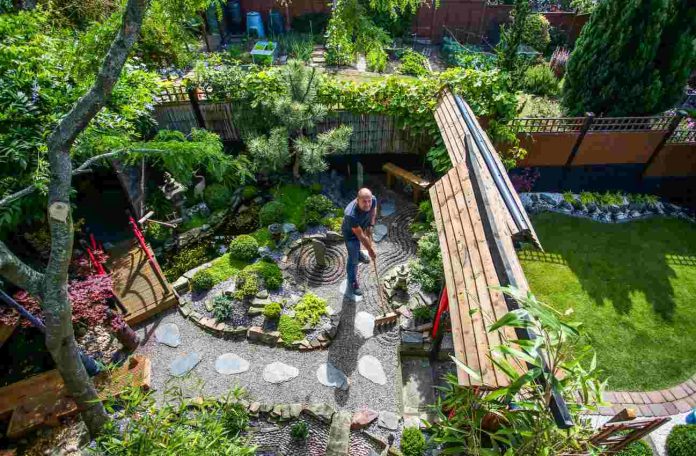 ‘I am very proud of my garden,’ said Fitton, a tanker driver by trade from Brislington, Bristol. ‘It’s been very rewarding.

I don’t have any help with the garden, I do it all myself, so it’s nice being able to see how it’s all come together.’

I enjoy it all, he said, but since I recently renovated the top of my Zen garden, that’s definitely now my favorite part.

It seems really pleasant to sit on the pavilion with my wife and enjoy a cup of tea or a beer while overlooking the garden.

However, it wasn’t always Japanese. Rhys and Vanessa, Martin’s children, inspired him to build climbing walls and summer homes for them to use when he first moved into his Bristol home in 2001. 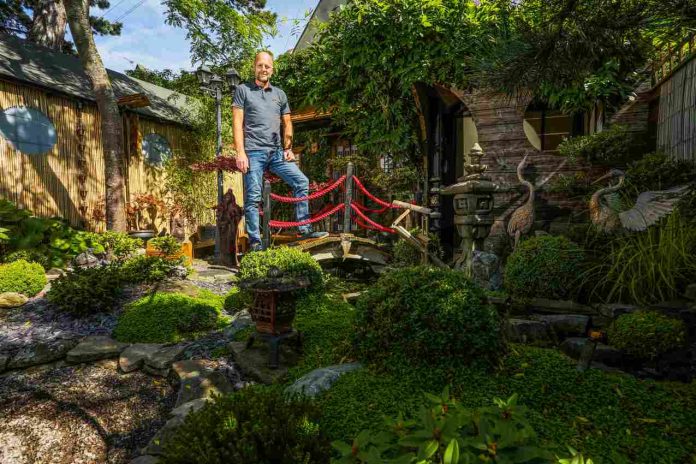 Ironically, he was inspired by the Japanese culture and developed a love for it after visiting a Japanese garden at Compton Acres, Dorset on the southeast coast of England in 2009.

According to Fritton, who has always enjoyed working with wood, ‘it seemed so peaceful, quiet, and tranquil. I was gazing around at it all and thought I could definitely do that myself.’

The garden wasn’t being utilized as much by my children because they were teenagers at this point, so as soon as I got home, I started turning the old summer house into a tea house. 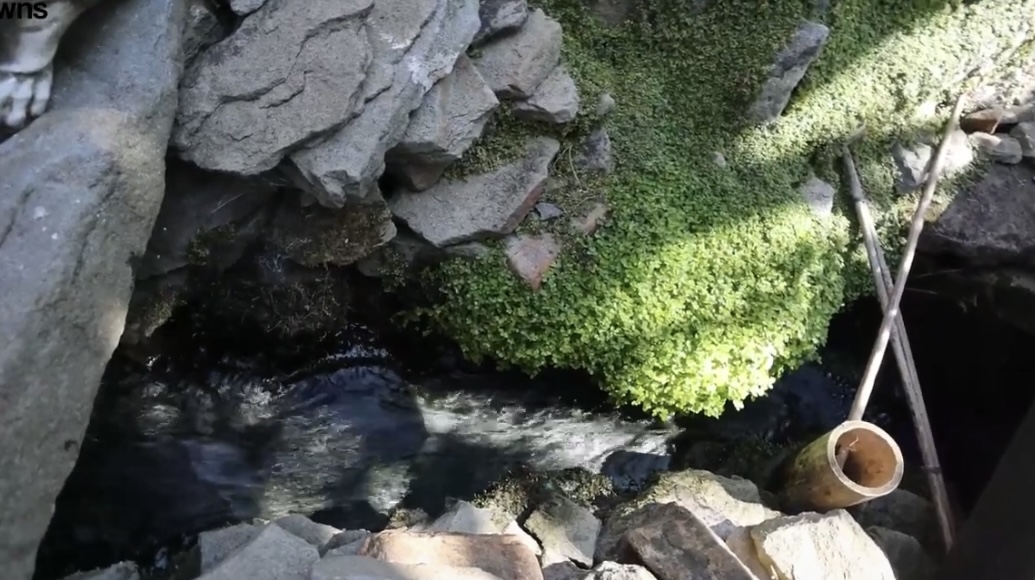 Martin made changes to his property during the ensuing years, including the addition of a Zen garden, pavilion, and Japanese trellis.

Everything was constructed by him, with the exception of the courtyard and concrete lanterns, which were assisted by professionals.

His garden has won him many admirers, many of whom are Japanese and have praised the father-of-commitment two’s to tradition.

In order to avoid offending the Japanese by doing it incorrectly, he said, ‘I’ve had Japanese people commend the garden, which is really great. 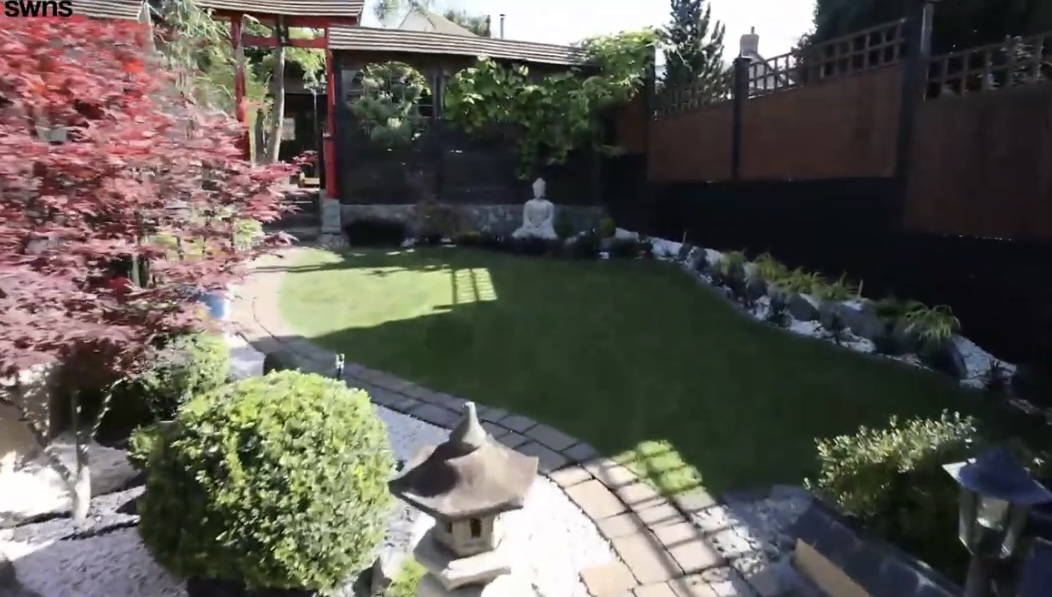 I enjoy that they have approved of it.’ When you enter the garden, the tea house is the first thing you see, and I built it first.

I have acquired Japanese friends as a result, and I frequently email them stuff that I have found to ensure that it translates correctly and is not Chinese because the writing is so close.

Despite his fascination with Japanese culture, Martin has never visited; nonetheless, the pair plans to travel there in four years to celebrate their shared 60th birthdays.