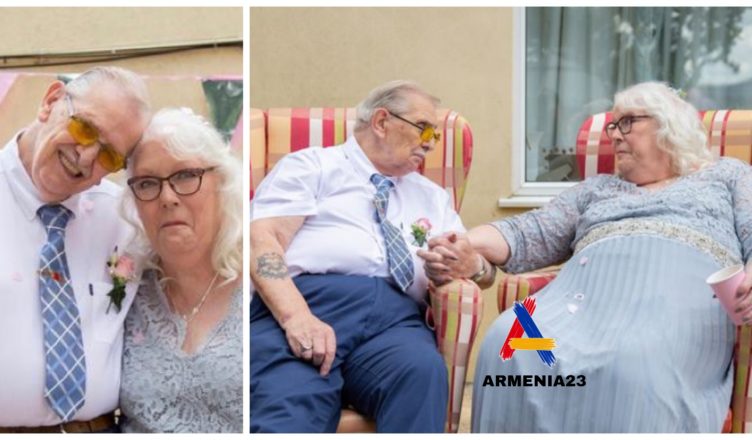 After falling in love while the Covid-19 pandemic was going on, two elderly inhabitants of care homes got married to one another in a touching ceremony.

When Derek Brown, also 77, moved into the care facility during the epidemic, Mary Turrell, who was smitten, remarked that it was ‘love at first sight.’

Less than a year later, the couple tied the knot in a charming ceremony in front of their happy relatives and friends. The ‘inseparable’ couple claimed that they first connected when their eyes ‘met across a packed room.’ 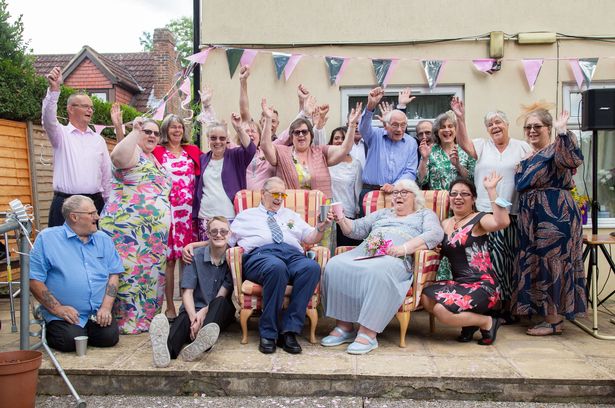 Families of Derek and Mary as well as employees and other residents attended the ceremony at Easterlea Rest Home in Denmead, close to Portsmouth, Hants.

Despite all the challenges the pandemic brought, Mary, who has resided at the facility since 2017, claimed it helped her locate the ‘ideal man.’

‘It was love at first sight,’ she remarked. He fulfills every wish I’ve ever had. If I can stay upright, we dance, sing, and paint. We work together on most things. 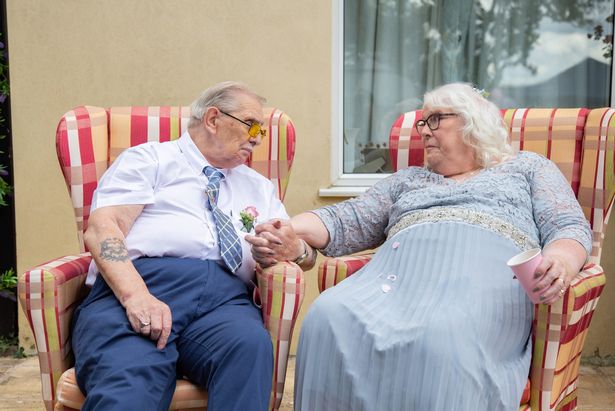 And I’ve got my perfect wife,’ Derek, who moved in just before Christmas, continued. My niece let me in because Mary was already here.

We initially met at that time. ‘We met up all of a sudden, and ever since, we’ve been very, very close. She is a nice girl.’

For the momentous day, the couple opened their home to family and friends. The groom had a similar flower attached to his shirt pocket, while the bride had a bouquet of pink and purple flowers.

We wanted to mix up all the families so they could get to know one another and continue to see one another, Mary added.

‘We would wish to congratulate Derek on Mary finding happiness at Easterlea,’ said Carol Boyce-Flowers, manager of Easterlea Rest Home.

‘It was our first wedding, and we’re happy that two of our residents found love at a period in their life when some others had given up looking.’

‘After Derek arrived into Easterlea a year ago, romance developed, and they have since become close. ‘Everyone had a great time today.»