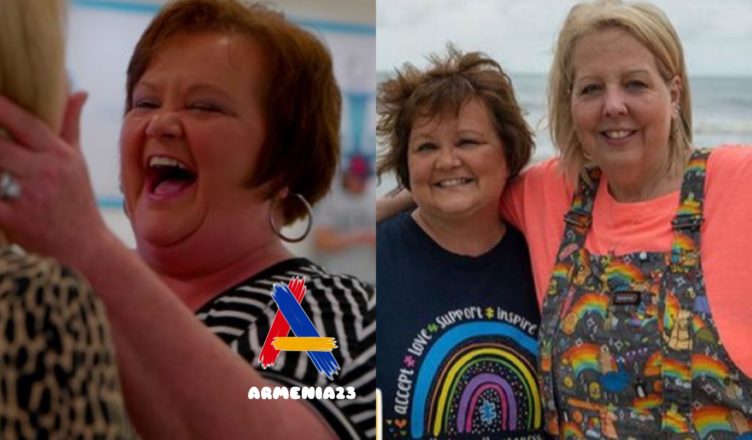 After 55 years, two sisters who had never met before were reunited after one of them started looking for their biological family.

Even though Diane and Mary’s childhood homes were only a few minutes apart, it wasn’t until Diane took a MyHeritage DNA test as an adult that she learned they were related.

The information revealed that Diane, who was born and raised in Michigan but now resides in Devon, UK, has family in Paragould, Arkansas. Mary, her half-sister on their late mother’s side, was quickly located through her search.

After Diane traveled over 5,000 miles to finally see her sister, the two women are shown beamingly embracing at Charlotte Douglas airport in North Carolina in moving video posted by MyHeritage. 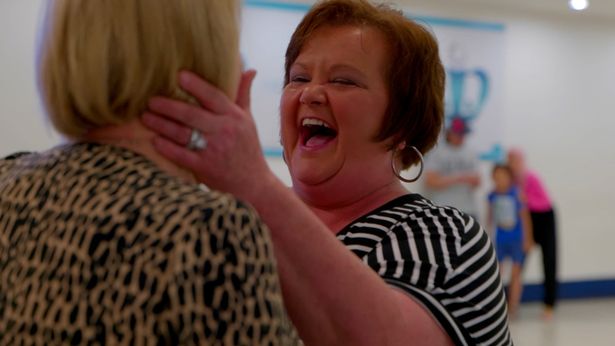 After meeting Mary, Diane said she now has a sense of «belonging» ( Image: MyHeritage)
Receive your desired news in your mailbox. Subscribe to the Mirror newsletter here.

Although they have known about one another for at least three years, the coronavirus pandemic has regrettably prevented them from meeting in person.

In the beginning, Diane had been reluctant to hunt for her biological family because she believed it would be a ‘insult’ to her adoptive family.

She now claims that she is really happy that she made the decision, as her newly formed relationship with Mary has given her the sense of ‘belonging’ that she claims she never completely experienced as a child. 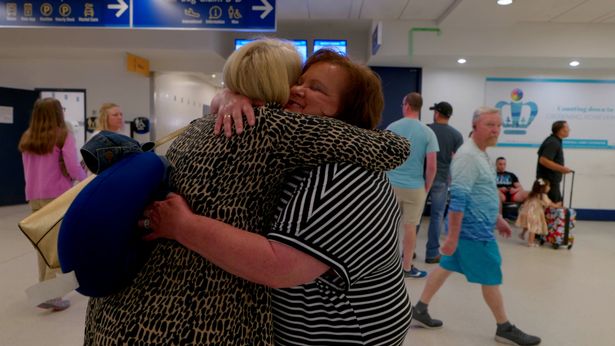 From their initial online encounter, Mary felt a connection right away, and she was surprised by Diane’s striking likeness to other family members.

Being able to put her hands on her sister’s face and ‘give her a hug and a kiss,’ according to Mary, felt like a ‘pleasure unleashed’ and was the nicest aspect of the reunion.

The fact that their mother had passed away before to their joyous reunion added a tragic note to their long-awaited hug.

Mary continued, ‘For me, the most upsetting experience has been realizing that our mother couldn’t be present in person to witness and take part in our reunion.

‘We have such a strong sense of one another. I’ve heard of this sisterly bond, but I’ve never been able to personally experience it.’

Mary claims that she and Diane are able to «feel each other’s emotions from thousands of kilometers away,’ which she finds to be ‘intriguing.’ She has now urged those who are thinking about looking for family to move forward. 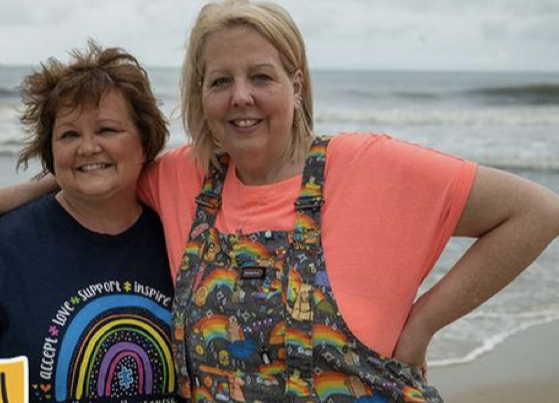 The experience has been equally rewarding for Diane. She claims that Mary was a little more cautious going into their first meeting, whereas she was ‘too delighted to be nervous.’

They spoke for around three hours on their first video conference, according to Diane, and the two got along beautifully.

She claims that Mary had already begun to resemble her half-sister at this point and that there was no way she would ‘give her back.’

‘However, Mary changed my life, and now I feel like I have it all. Mary resembles our mother, and I can’t help but think that she carries on my mother’s legacy.’