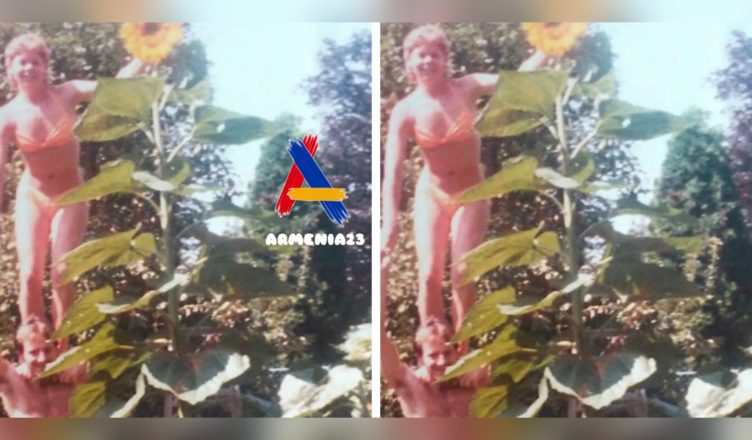 A couple recreated a photo they took when they first got together, posing next to a 12 foot sunflower, to show that their love was still flourishing 40 years later.

In 1982, Sandy approached Paul Szewc to dance in a bar, which is how the couple first became acquainted.

He thought flowers held the key to a woman’s heart, and he thought his enormous sunflower may help him win over his new acquaintance.

He invited Sandy to his mother’s backyard to show her the flowers he had raised from seeds, including one that towered 12 feet over the young couple. 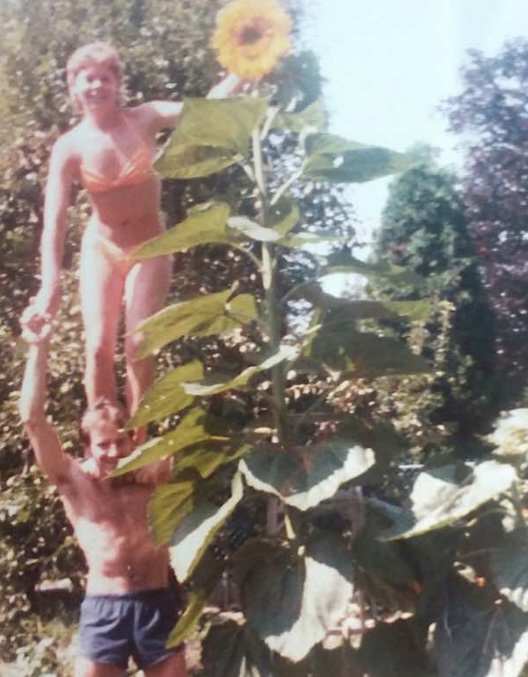 Jason and Kyle, a married couple with two sons, continued to produce sunflowers over the years and were thrilled when a new, enormous sunflower sprouted in July 2021.

After a total of 38 years had passed since the gardening enthusiasts snapped the original whopper photo, they made the decision to retake it.

Paul, a furniture maker from Guelph, Canada, explained that one of his sunflowers had unexpectedly sprung new growth.

With their son Jason taking their picture in the same spot four decades later, they chose to replicate the photograph they took of each other when they first met. 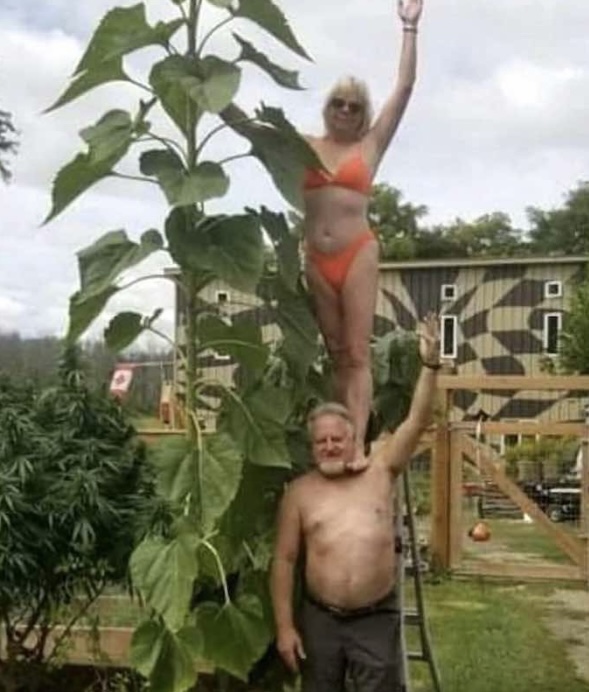 Paul carried me on his shoulders and appeared to be bragging about his abilities. Sandy narrated. He charmed me since, at the time.

He didn’t have a car and instead cycled to my place of employment at a telecommunications business to bring me a homemade packed lunch.

Paul was a health-conscious person who enjoyed growing his own food and inspired Sandy to start gardening. He learned this from his grandmother and mother.

Before I met her, Sandy was a junk food addict, but I sent her out to work with wholesome packed lunches, and the rest is history, said Paul. ‘I hooked her on my organic fruit and vegetables.’ 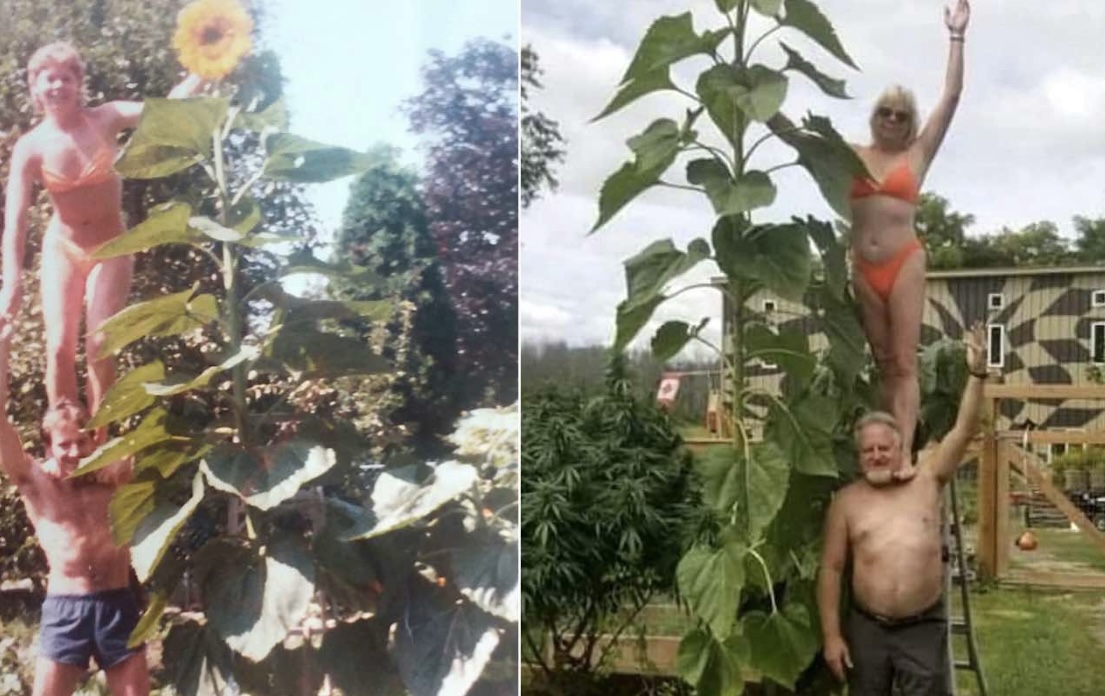 After their busy lives took over, Paul claimed that the lockout allowed him and Sandy to return to the garden.

When the lockdown began and there was nothing to do, he remarked, ‘I was reminded of the joys of gardening.’ ‘I’m very happy to have rediscover my love for gardening, and I hope my grandchildren will do the same.’