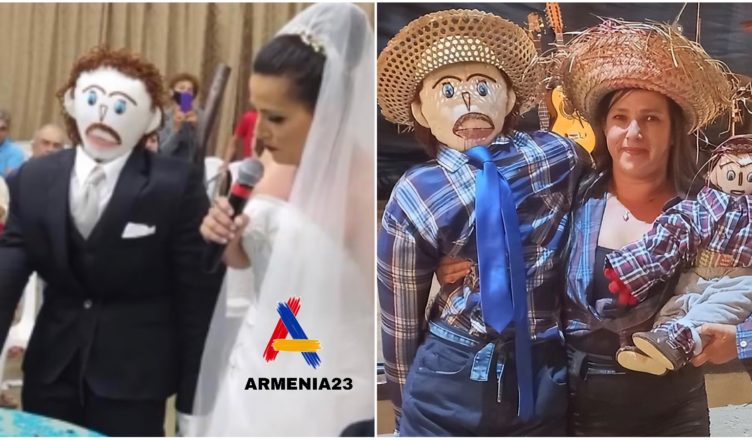 Meirivone Rocha Moraes, age 37, reportedly married and had a child with a life-size rag doll after falling in love with him. Meirivone currently resides with her ragdoll husband and son. 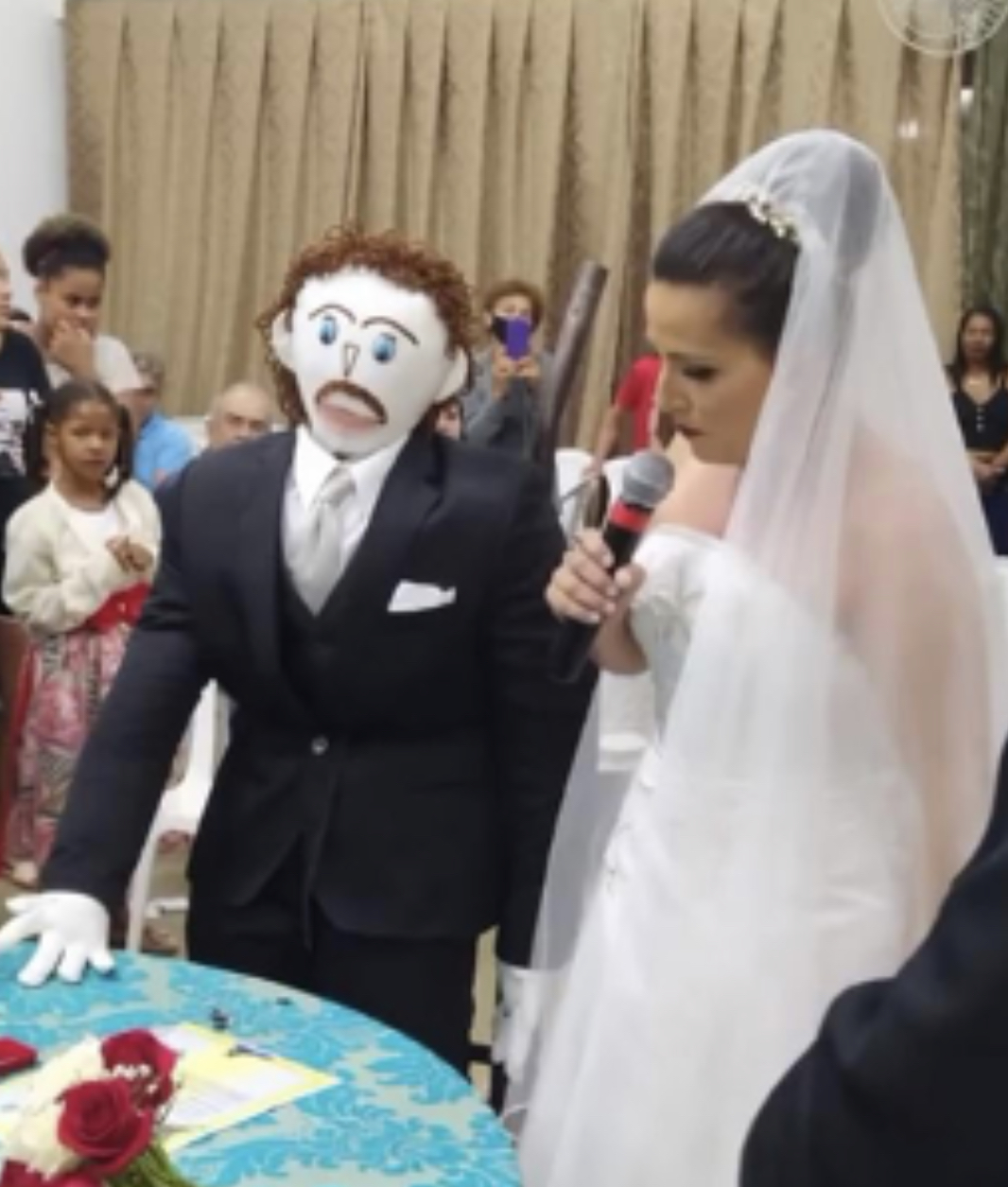 Meirivone claims that her marriage is disintegrating as a result of her husband’s infidelity after their child was born a year into their union.

She alleges that he had been texting another lady, and that the discovery of the texts had left her heartbroken.

The tale of Meirivone and her ragdoll family sparked arguments and controversies on a number of social media sites. 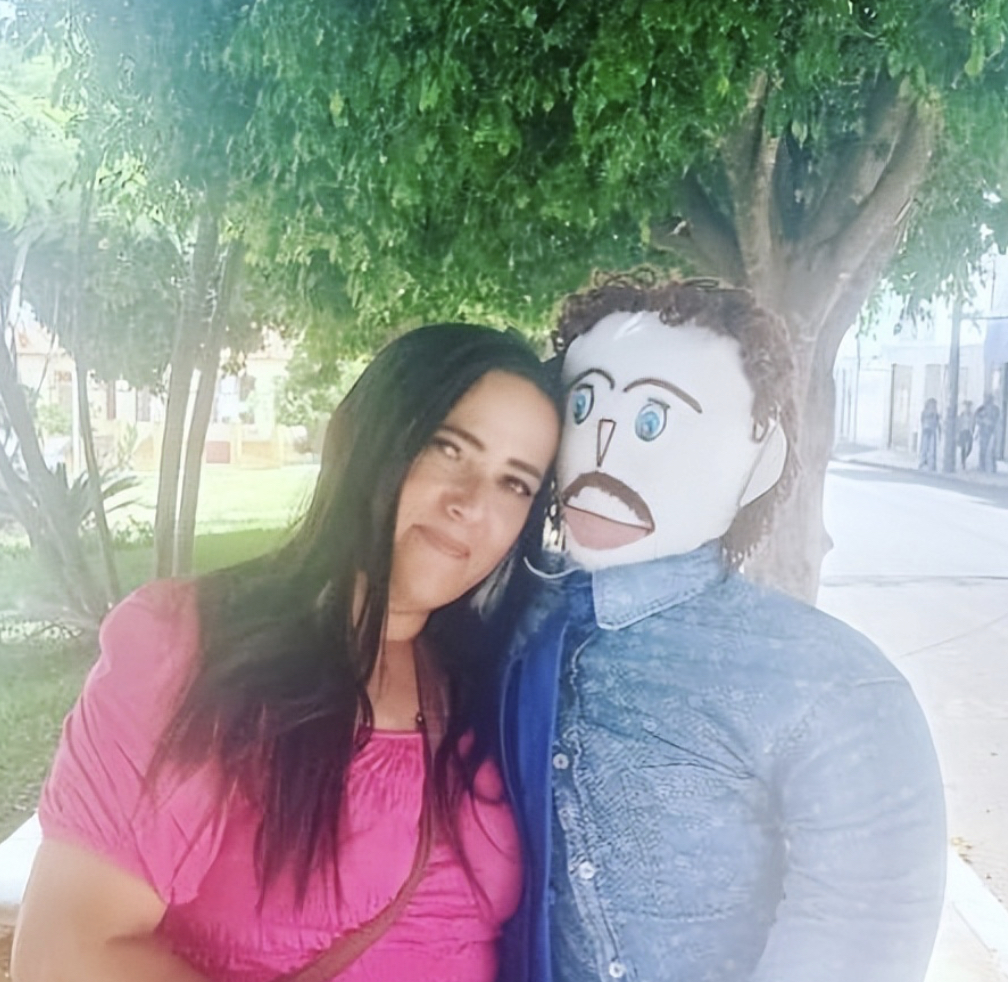 Meirivone remembers complaining to her mother about being single. She didn’t have a dancing partner when she attended occasions.

Meirivone’s mom built her a life-sized masculine ragdoll because she didn’t want to see her daughter depressed. She named him Marcelo and took the gift with joy. 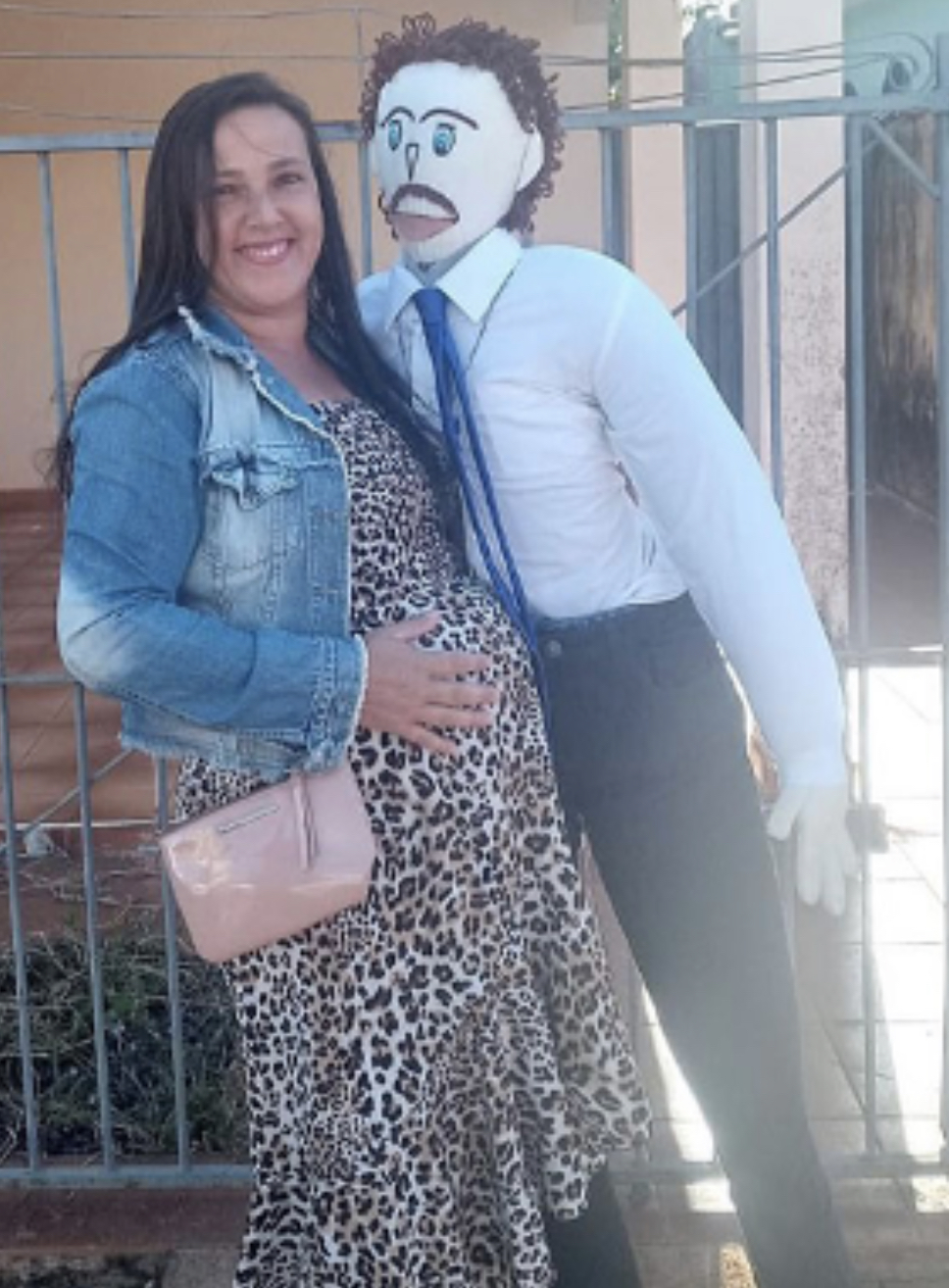 Meirivone reportedly informed her relatives and friends that she fell in love with Marcelo at first sight.

The unique duo has since gone dancing, eaten out, played games, and even slept together. After a few months, Meirivone ‘became pregnant.’ She was excited to share that Marcelo would soon become a father.

Meirivone made the decision to marry Marcelo in order for the child to be recognized as hers, just like any other single woman who became pregnant out of wedlock.

She invited 200 members of her family and friends to attend the wedding. A celebration followed the ceremony, which took place in a sizable wedding venue. 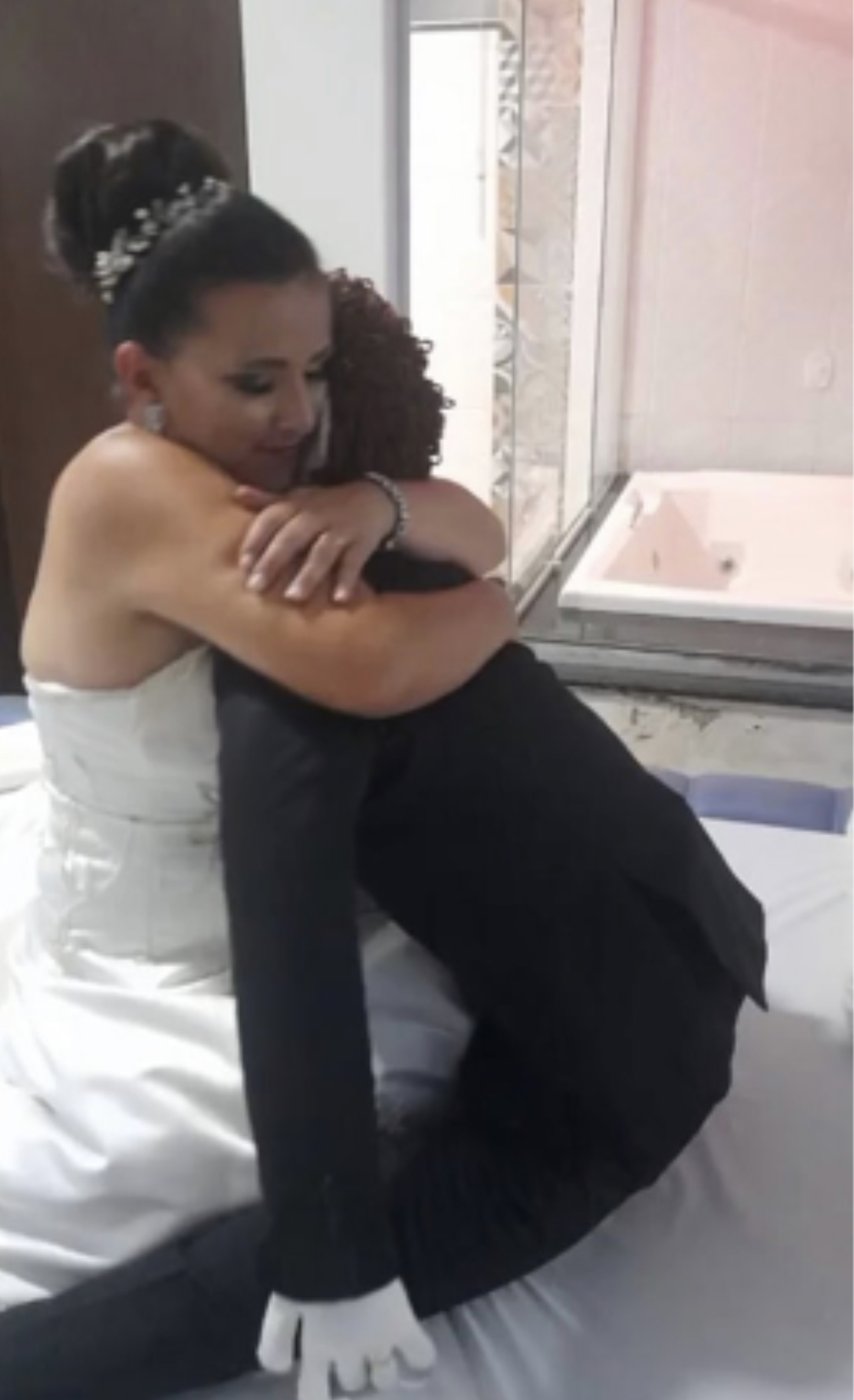 Meirivone requested a doctor and a nurse to help deliver the baby on the day of the delivery. 200 people watched a live stream of the birthing process.

The entire operation was completed in 35 minutes. Viewers observed blood, the placenta, and the severing of the umbilical chord, and her demeanor during the childbirth process appeared to be ‘quite real’ despite the fact that it was physically impossible.

The video was the subject of insulting comments and snarky remarks from online users. Here are a few of the remarks made by internet users: 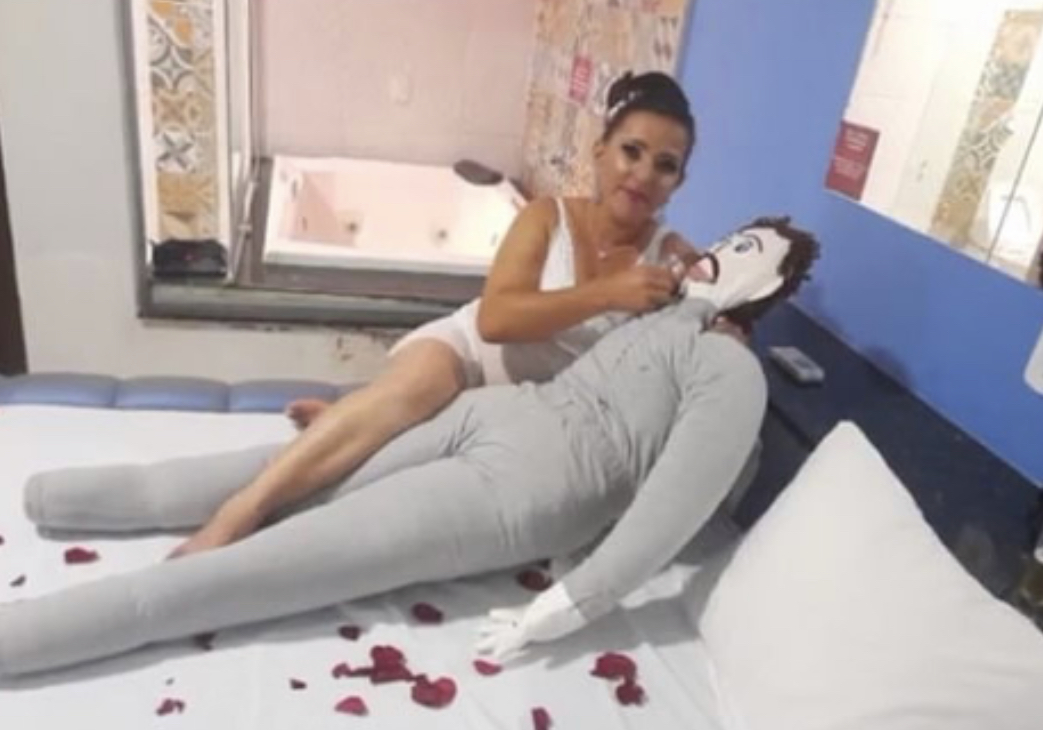 Meirivone alleges that because her ragdoll family depended solely on her income, she had to put in extra hours to support both her husband—who she claims detested working because he was lazy—and the infant.

Meirivone posted her experience on social media, where it unavoidably drew a lot of criticism and abuse. She did not appreciate people calling her family a ‘fake,’ either.

‘When people claim that this is false, it genuinely saddens me. I am really furious about it. I am a strong-willed woman.

My parents trained me to be a nice person, honest, and not to try to take advantage of anyone or anything, she said.

However, Meirivone’s satisfaction was shared by other online users. To see her with a family made them joyful. The majority of them complimented Marcelinho, the newborn, on being attractive like his father. 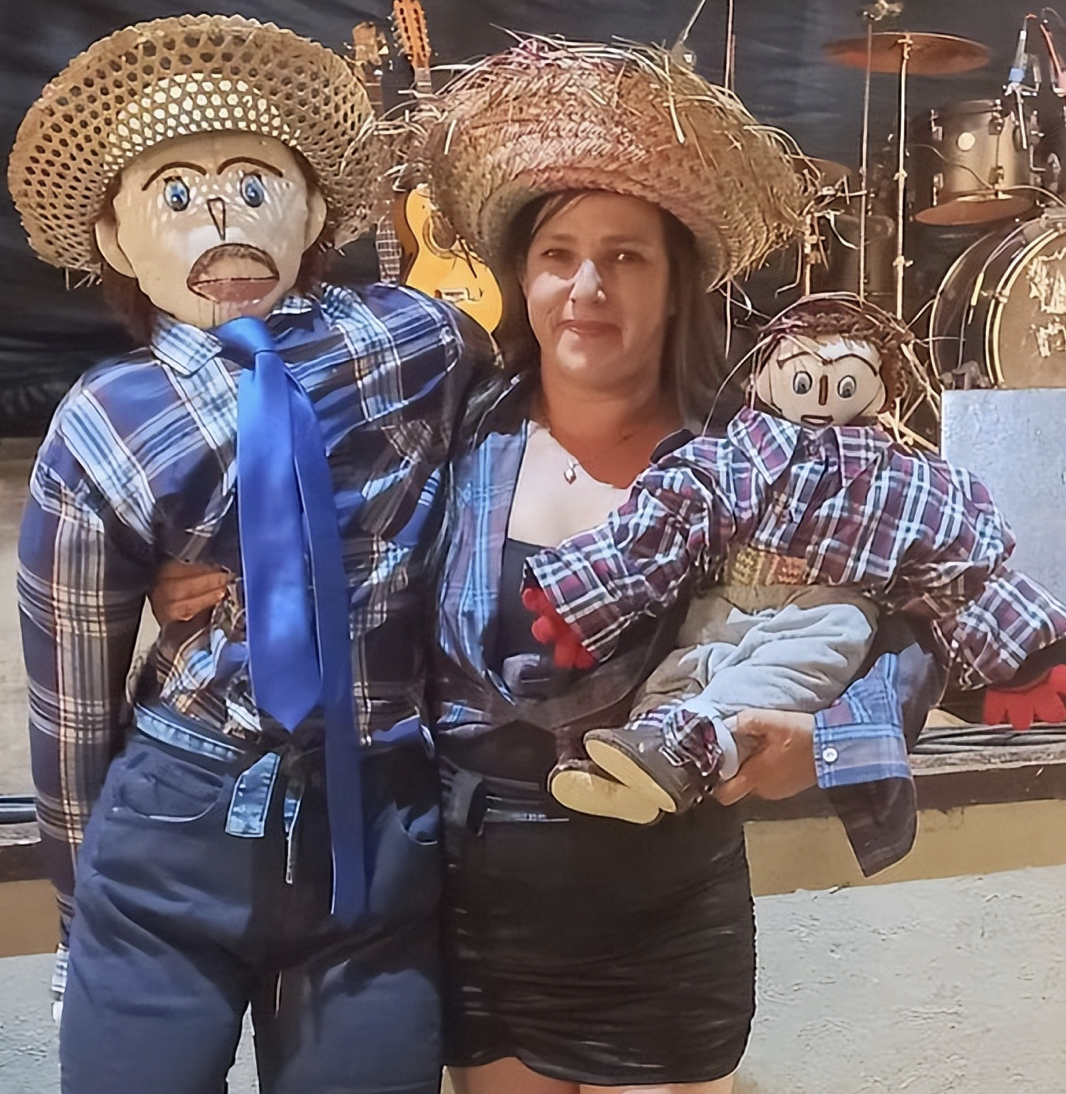 Meirivone has turned to social media once more to make the claim that her husband had an extramarital affair with Emilia.

Her close friend says she witnessed Marcelo check into a hotel with a different lady. The incident took place on the same day that Meirivone’s ragdoll son spent three days in the hospital recovering from the flu.

Meirivone didn’t want to accept the claims, but when she looked at Marcelo’s phone, she discovered their chat.

She claims that when she first caught Marcelo cheating, he was originally very angry. Marcelo sobbed and begged Meirivone for forgiveness once he cooled down.

For the sake of their son, her heart softened and she eventually forgave him. ‘I spoke to him in a serious manner. I won’t forgive him a second time if he cheats.’ 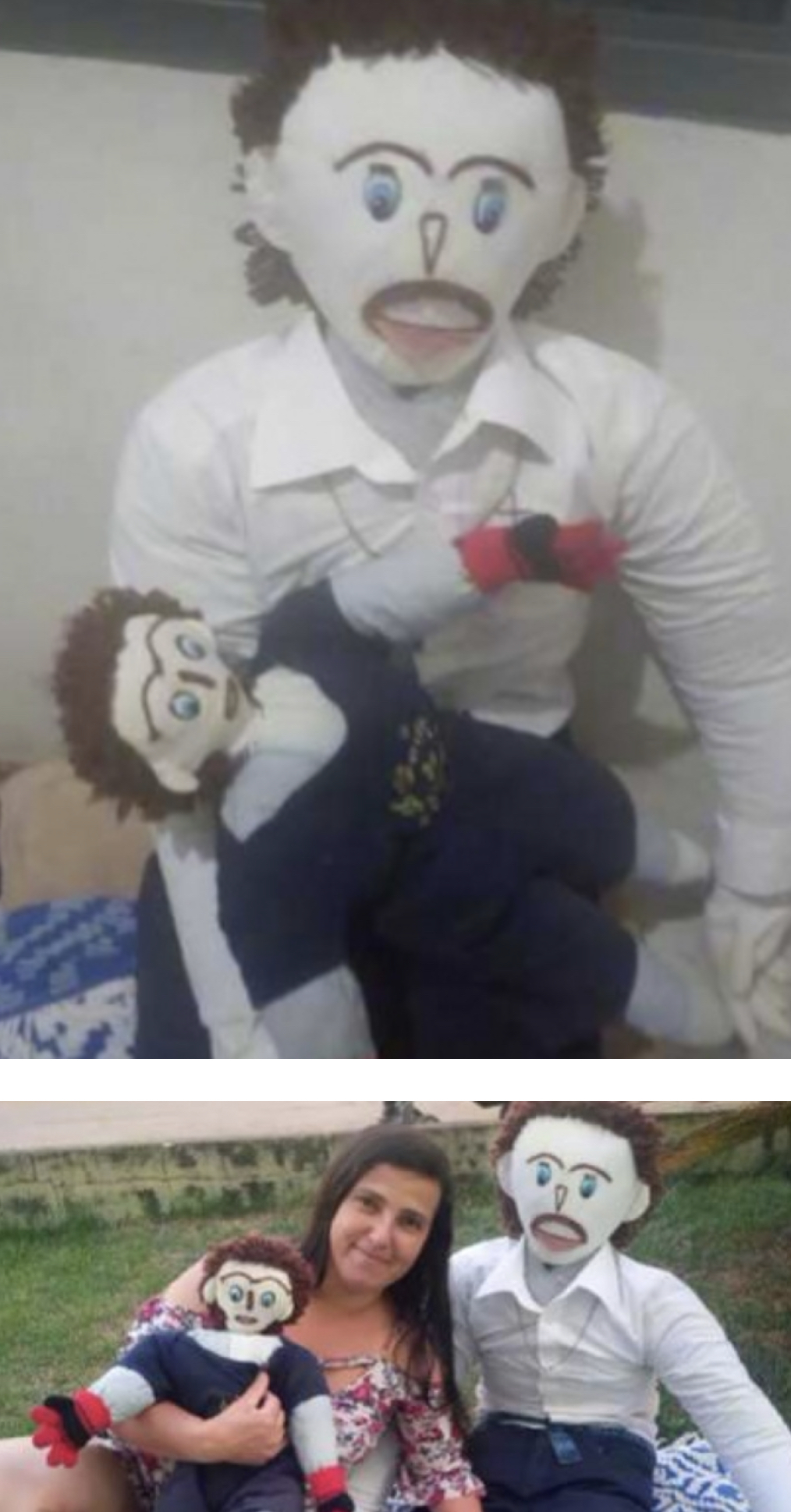 ‘We have sworn to an everlasting love, so we cannot be three, I told him. Those who love do not betray. Right now, just the two of us,’ stated Meirivone.