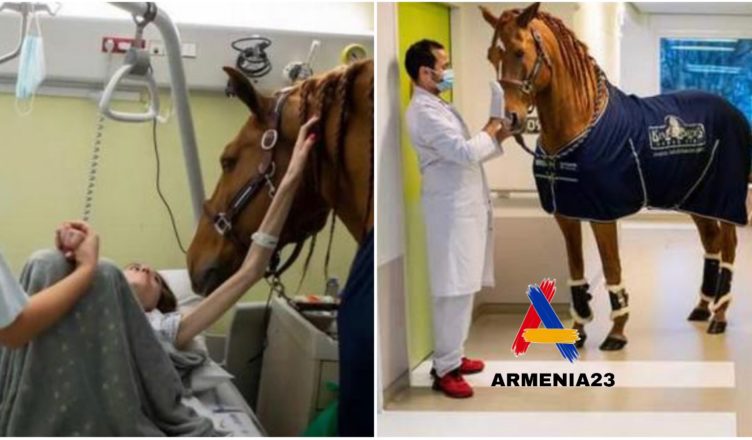 For the past four years, they have been relieving the suffering of patients at a French palliative care center.

We will tell you about the unique experience of ‘horse therapy’. 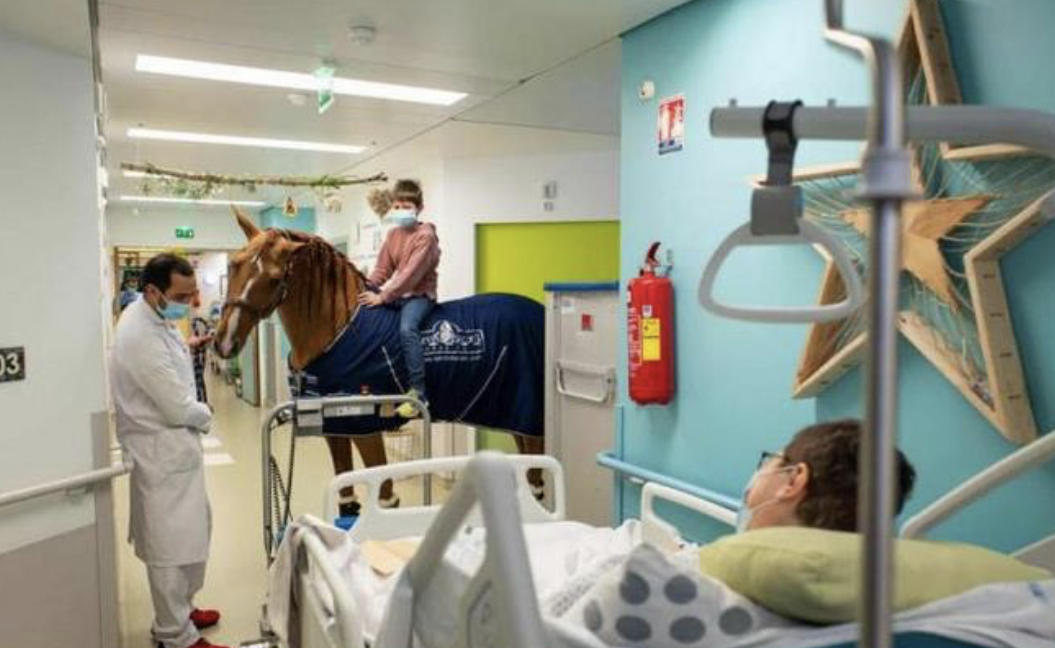 Hovatak’s name is actually Peyo, but he fully deserves the honorific prefix ‘doctor’. The medical staff is proud to call him a member of the medical team.

The horse’s trainer, Hasan Bashakur, said that the horse’s unique abilities were demonstrated even during their active performances.

Peyo approached people, each time choosing someone who was physically ill or psychologically unstable.

Every time he would just stand there, show his participation, touch the person with his nose and let them touch him. 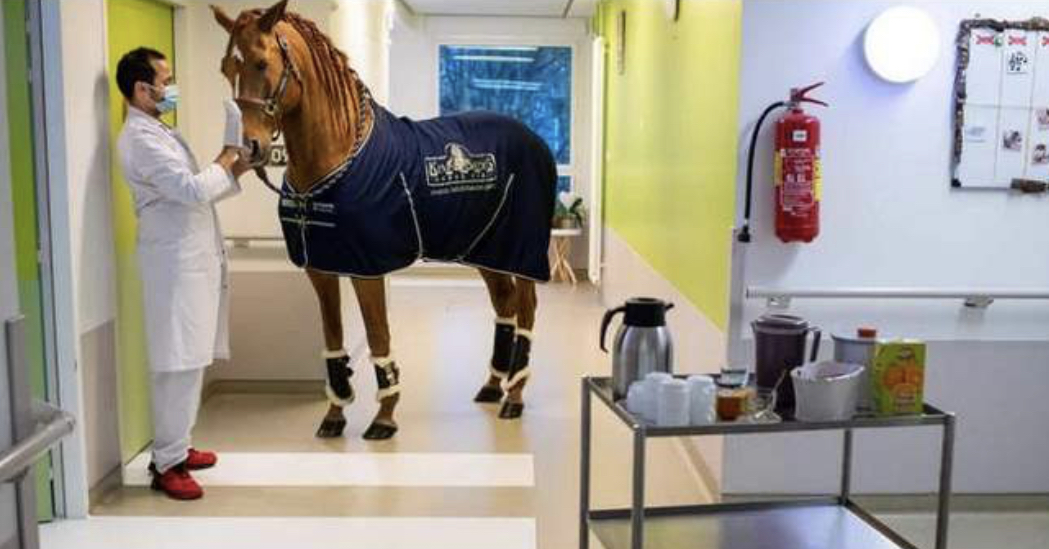 In his presence, people relaxed and began to smile. Hasan turned to zoologists, who became interested in the unusual behavior of the horse.

For several years, they followed the data of the people Peyo approached and came to the conclusion that the horse was never wrong in its choice.

Hassan and his pet came to the palliative center to help cancer patients. Scientists and doctors noted that its presence has a positive effect on the psychological state of patients.

The team also confirmed that those who see an unconventional doctor require significantly lower doses of strong drugs. 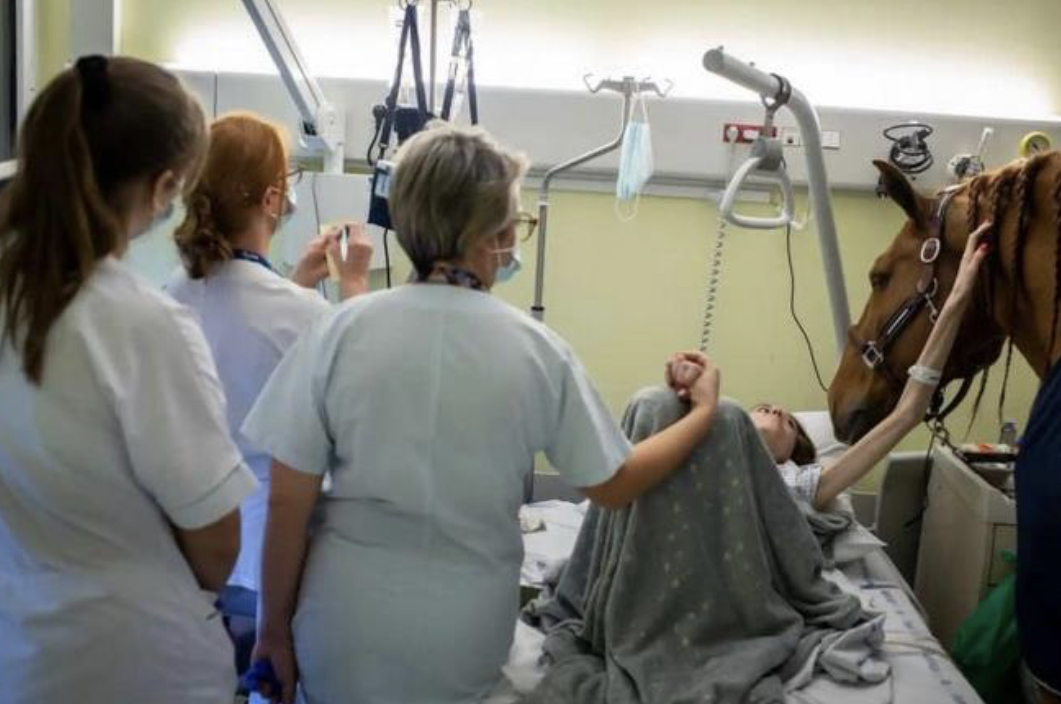 Each time, before visiting the center, Bashakur thoroughly washes and treats the horse with disinfectants, and after the ‘work’ he performs the same procedure.

According to him, horse diseases are not transmitted to humans, but he considers it necessary to carefully maintain hygiene.

In addition, a smart horse has learned to let the trainer know when he needs to go outside.He moves his body from right to left. 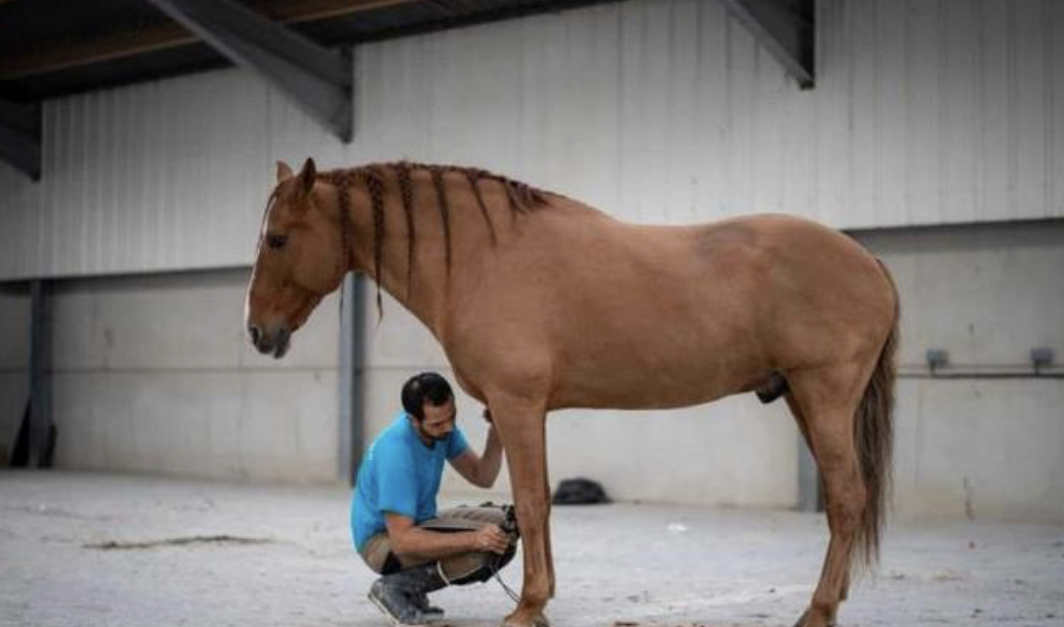 Over the years of observation, scientists have not understood how the stallion decides who to approach.

Hassan explained that as he and his horse walk down a corridor, if Peyo has made a choice, he raises his front leg as if to indicate the direction. 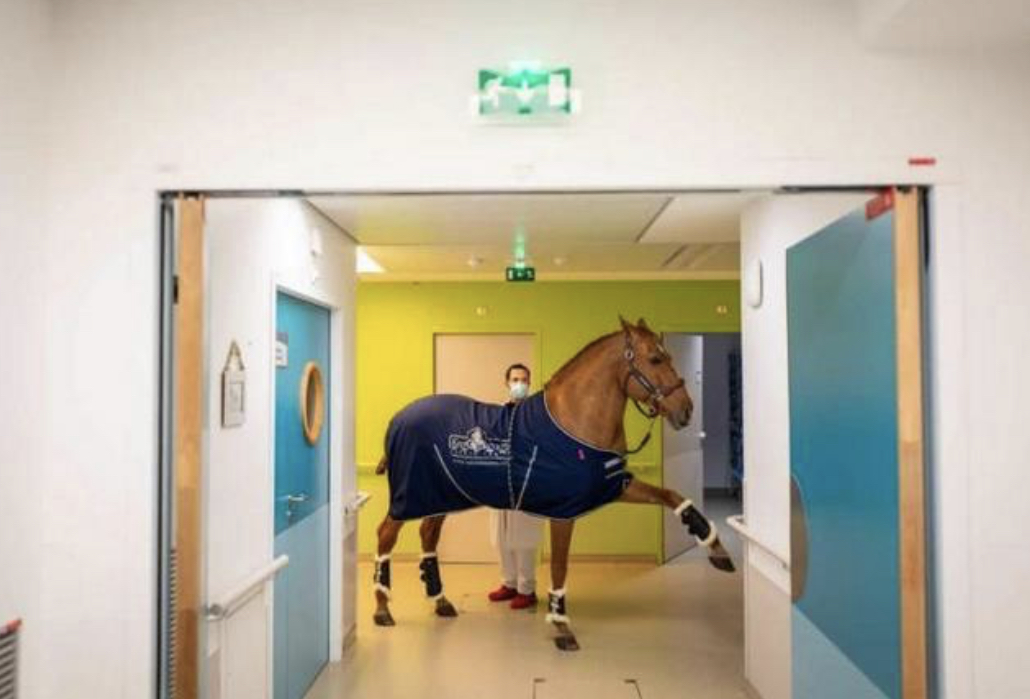 There are several patients at the center that Peyo visits regularly, and he can spend more than an hour with the most severe cases.I must say that this wonderful couple is a real outlet for the employees.

Doctors say that sometimes the work is especially difficult psychologically, but the wonderful Peyo always knows who needs to be comforted.

Over the years, the extraordinary doctor visited up to a thousand patients and supported others until his last breath.

Hasan Bashakur admits that Peyo is his best friend, without whom he cannot imagine his life.