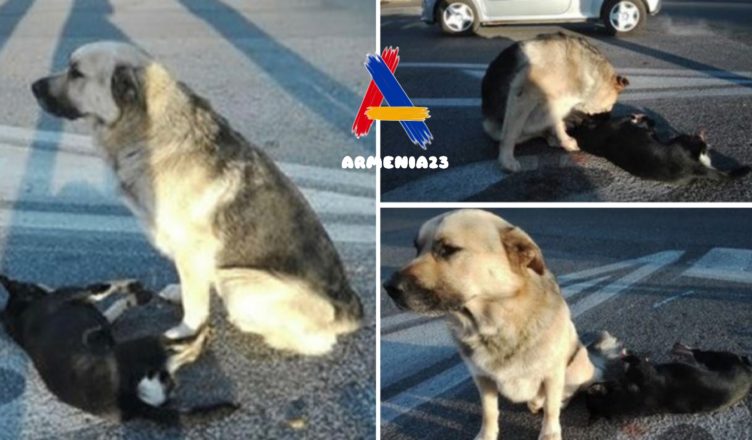 The two dogs lived on the streets of Rome, Italy and were inseparable until the very end.

On September 20, 2017, a black dog was hit by a car and died on the spot from his injuries. However, his sandy-colored friend did not leave his deceased comrade for a long time.

According to eyewitnesses, the faithful dog remained next to his friend for several hours. Due to the fact that drivers were forced to slow down to avoid dogs on the road, a real traffic jam formed in the very center of Rome.

Here is what Marco Milani told the Italian news agency ANSA about it.

‘I got stuck in traffic while taking my daughter to school. At first I thought there was some kind of accident, but then I noticed the dog,’ Marco said.

‘She was standing in the middle of the road, guarding her friend, who probably died under the wheels of a car.’

The locals recognized the two dogs, who they said were inseparable friends. Many people took pictures of the two comrades that day, and now these pictures touch the hearts of millions of people around the world. 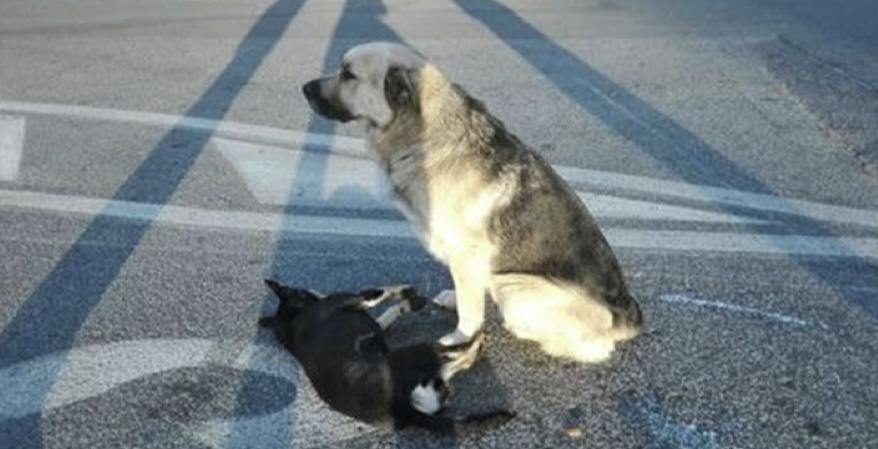 Marco says he posted the photos he took online because he didn’t want the sand-colored dog to end up in a kennel — and apparently his strategy worked. ‘Dozens of people wanted to adopt the dog,’ Marco says.

To me, these photos show that we humans can learn a lot from our four-legged friends. Dogs truly understand the meaning of true friendship and what it means to be loyal.